I’m in Antigua, Guatemala at the time of writing. I am now a 40% of the way through my trip which consists of 100 days through Cuba, Mexico, Belize, Guatemala, maybe El Salvador, Honduras, Nicaragua, Costa Rica, Panama, Colombia and finally a short trip to Madagascar in Africa with my brother. The plan is to arrive home a day before I need to return to University which is going to be tight!

Since I began my trip I wanted to document it in not just photos but also in another form. I have therefore decided to make a short film on each country (as long as I remain in possession of my laptop) which is called the ‘Spice Series’. The first and second episodes are now live on YouTube titled ‘A Spice of Cuba’ and ‘A Spice of Mexico’.

Cuba was my first stop this summer, I arrived on the 14th July and was there for 11 days. I started in a town called Vinales, a very picturesque place North-west of Havana. This is where a majority of Cuba’s cigars are made, while there I went on a horse ride through the countryside which included a demonstration of cigar and coffee-making which was very interesting. From Vinales I travelled back to Havana for a few days then down south to a town called Trinidad. This was my favourite place in Cuba, it is a pretty town with really nice hikes to waterfalls, Caribbean beaches, a carnival while I was there, and a club that was inside a cave! I ended up spending 5 nights there with two day trips to Cienfuegos and Santa Clara. Both of these are smaller towns in Cuba, there wasn’t so much to see but I enjoyed going off the beaten path and exploring the town and surrounding area. Overall I enjoyed my time in Cuba but was also ready to leave after my 11 days there for some more advanced food, wifi and fewer people trying to scam me.

Photos from Cuba can be seen here.

I arrived in Mexico early afternoon on Friday 24th after 11 days in Cuba, it was nice to eat some proper food coming from Cuba! I took a boat straight to an island just off the coast of Cancun called Isla Mujeres where I met up with a few friends I knew from Brussels. We stayed at a cool hostel on the beach with beach side bar and many hammocks between the coconut trees, I enjoyed navigating the island via golf cards and spending time on the golden sand beaches – the sun was the strongest I’ve come across though and gave me a bad blistered burn on my shoulder. We next travelled to Cancun where we experienced the night life in the form of a club called Palazzo, entry was expensive like most clubs in Cancun but we were given a table with unlimited drinks (anything we asked) for the night. I next headed down south to Playa Del Carmen which had many nice beaches and great diving – I went snorkelling just of the coast where I saw loads of turtles swimming around. My last stop in Mexico was Tulum, it was here where I explored the ancient ruins which I found quite disappointing but enjoyed seeing all the huge iguanas. I also visited a few Cenotes – these are natural pits formed from the collapse of the bedrock to expose the groundwater underneath. The waters were crystal clear with many caves, a great place to swim. My time in Mexico was short, I will certainly be visiting again in the future.

Photos from Mexico can be seen here.

I arrived at the island of Caye Caulker in Belize just in time for the Lobster festival which was on the weekend of the 1st July. This was a weekend packed with lobsters, music, parties and sea. I stayed at a cool hostel called ‘Pause’ hostel which was also an animal rescue centre with over 80 cats and 4 dogs. The best part of the hotel was the private dock with hammocks and deck chairs, great sunsets and stingrays swimming past in the evenings. They also had kayaks which were good to explore both parts of the Caye Caulker island. The highlight of my time in Caye Caulker (other than the lobsters) was a snorkelling trip that I went on. It started off calm with many fish in the deep waters, we then went to a spot called ’Shark Ray alley’ where we were able to swim with sharks and sting rays. It was incredible that we could get as close as we wanted to these huge animals, we could touch them and our guide even picked up both a shark and stingray with no backlash from the fish. Soon after this our guide spotted a huge manatee, it was amazing swimming alongside this mammoth animal deep in the ocean. We also visited a ship wreck and a few reefs which were interesting to snorkel around.

Photos from Belize can be seen here. 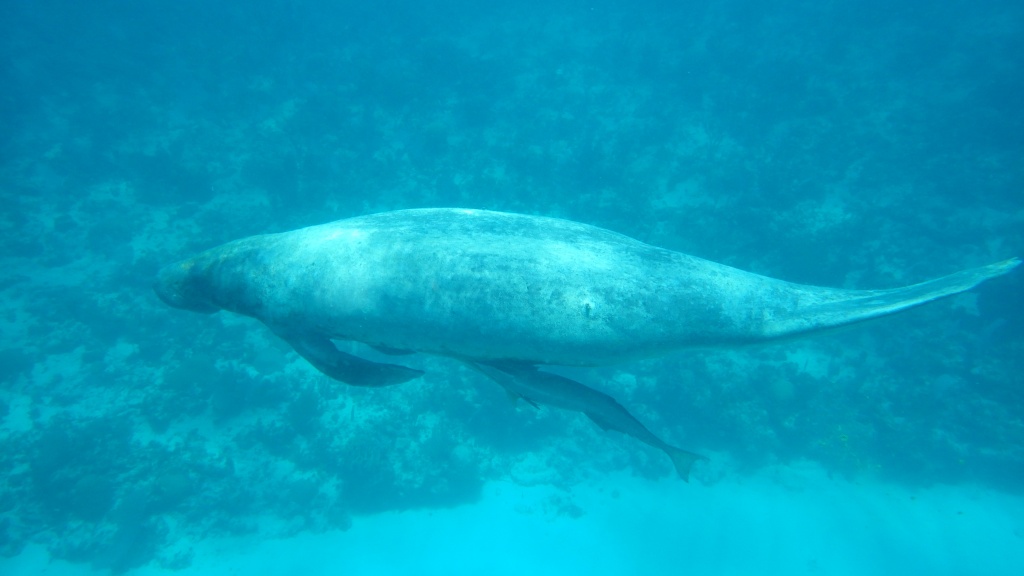 After a great weekend in Caye Caulker I headed to Flores in Guatemala with a number of people I had met in Belize and Mexico. Soon after the border of Guatemala I went to withdraw some cash from an ATM and was given two receipts but no cash… not a great start to the country (since been refunded by the bank). Flores is a small island in the north of Guatemala with just one bridge onto the island, it is a well known place for travellers to stay due to its close vicinity to the ancient mayan ruins of Tikal. We headed to Tikal the next morning at 3 am to be there in time for sunrise, we hiked through the jungle in the dark surrounded by the roars of howler monkeys until we got to the tallest pyramid (pyramid 4) from where we watched the foggy sunrise. We then went to explore many of the ruins which date from the 1st century AD, I found the ruins incredible and loved how I could explore wherever I wanted unlike the ruins of Tulum in Mexico where you have to stick to the footpaths. I next headed down to the jungles of Rio Dolce in the east of Guatemala with the same group from Belize. Rio Dulce revolves around the river of Dulce, the houses are all along the banks of the river with the only form of transport via boat. We took a 90 minute boat ride to reach our first hostel, we were the only tenants at the time and had free range of the whole hostel. We took kayaks up the river to a number of hot springs both in the river and within a cave and also hiked to a cave called the Tiger cave. This consisted of a large concrete platform with a fast running waterfall beneath in the pitch black cave. Our guide constructed a flimsy ladder and instructed us to jump into the cave with the ladder as our only way out… it was a fun adventure! 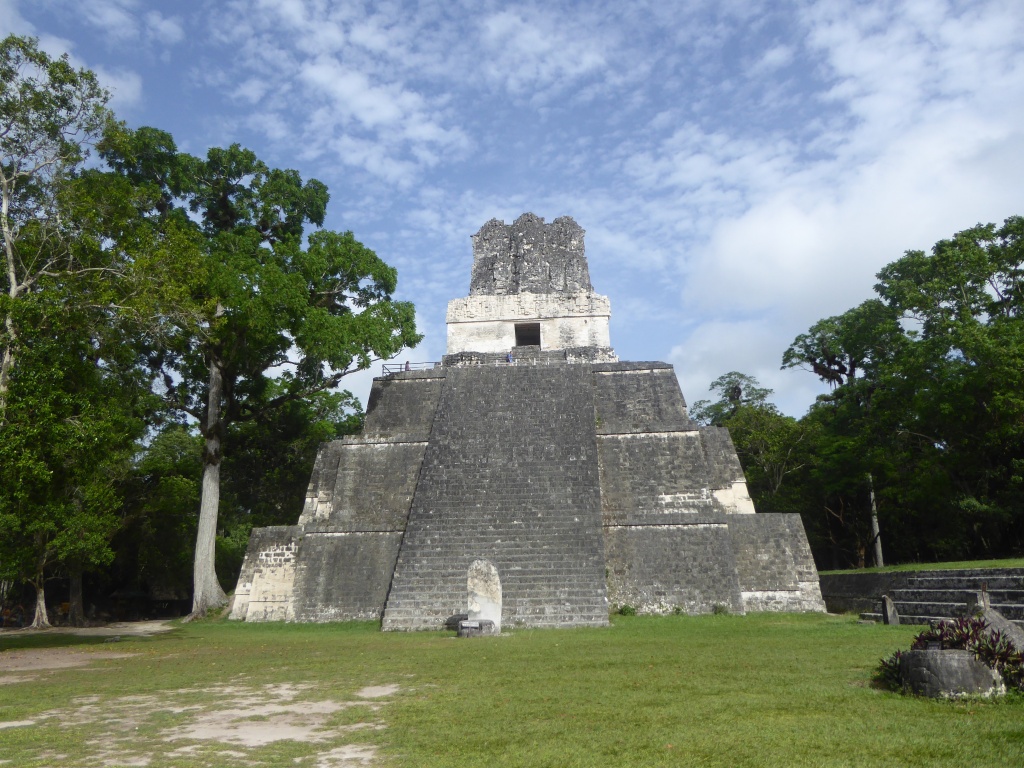 Ruins of Tikal in Guatemala

The next stop was Antigua which is the one place I planned to stay longer to learn some Spanish. I am here now and have just finished my second week of Spanish, I’m staying with a local family and have taken 40 hours of 1:1 lessons with a considerable amount of homework too. It hasn’t been easy waking at 07:15 every day after the last few weeks of travels and working on Spanish for over 5 hours a day is intense. It’s been nice though to stay in one place for a longer period of time and it’s given me the opportunity to try and get on top my videos and photos. I feel my Spanish has improved hugely from what I was speaking just two weeks ago, I’m now ready for the rest of central America!

In a few minutes I am heading off to hike up the volcanoe Atenango which overlooks Antigua, I’ve heard the hike is horrendous but the experience well worth it… I will then head to lake Atitlan for a few days just to the west of Antigua. By Wednesday I hope to be on my way to Honduras where I will begin an open water scuba diving course.