During my stay in Iguassu, Brazil, I decided to make a trip to Paraguay with a few people from my hostel. The main reasons for this was because the border was so close and I was curious as to what it was like. I didn’t really have any preconceptions of what it was going to be like, but I had been warned a number of times about pickpockets. 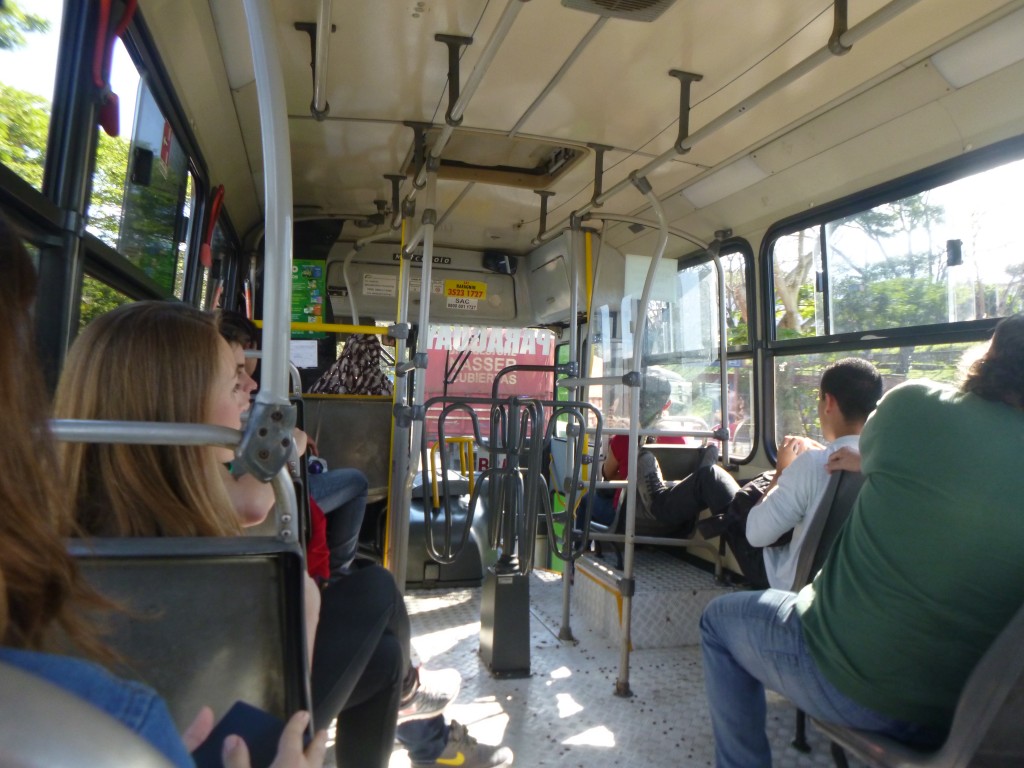 Bus to Paraguay; classic Brazilian bus turnstile where you have to buy a ticket before entering

To get to Paraguay, we boarded an international bus which loops around the Brazil/Paraguay border. It took us about 20 minutes to reach the border. What really surprised me was that the bus just drove straight through the border crossing with no checks at all! I didn’t even get a passport stamp. 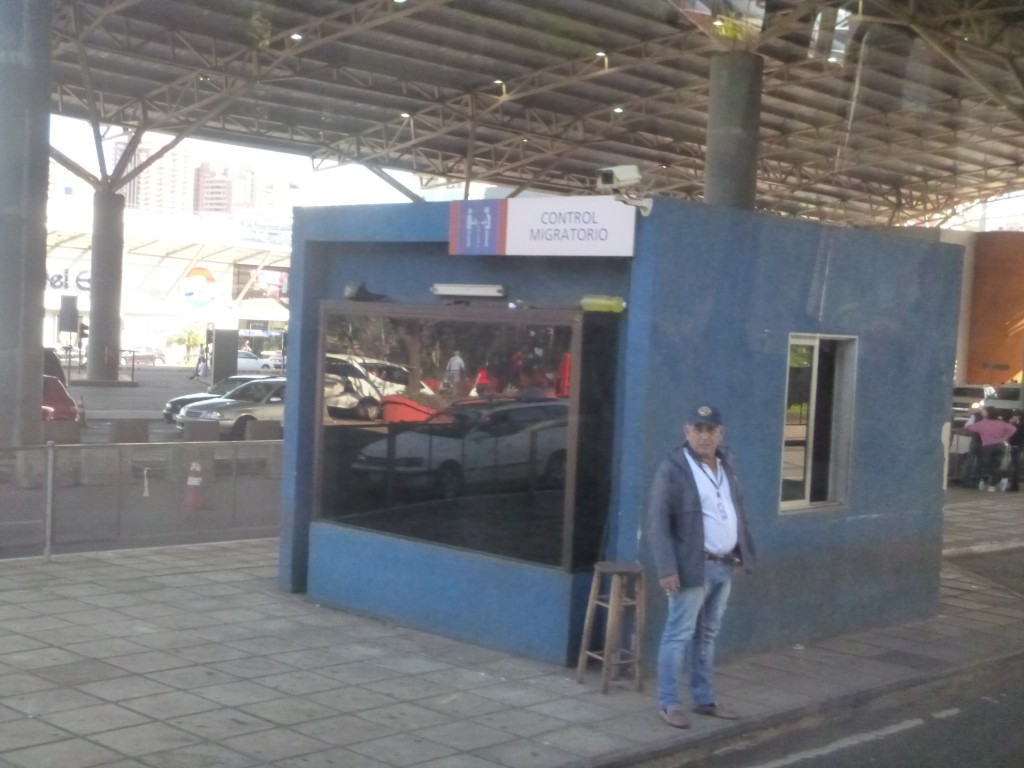 Paraguay/Brazil border which we drove straight through with no checks

We got off the bus just after the border in a large town called Ciudad Del Este, which is described as being ‘the biggest shopping centre in Latin America.’ It was a complete contrast to Brazil; the architecture was very different and the area seemed much more deprived than what we had just come from in Brazil. Billboards and vast shopping emporiums lined the skyline. Upon exiting the bus, we found ourselves in the middle of one very large fake market. 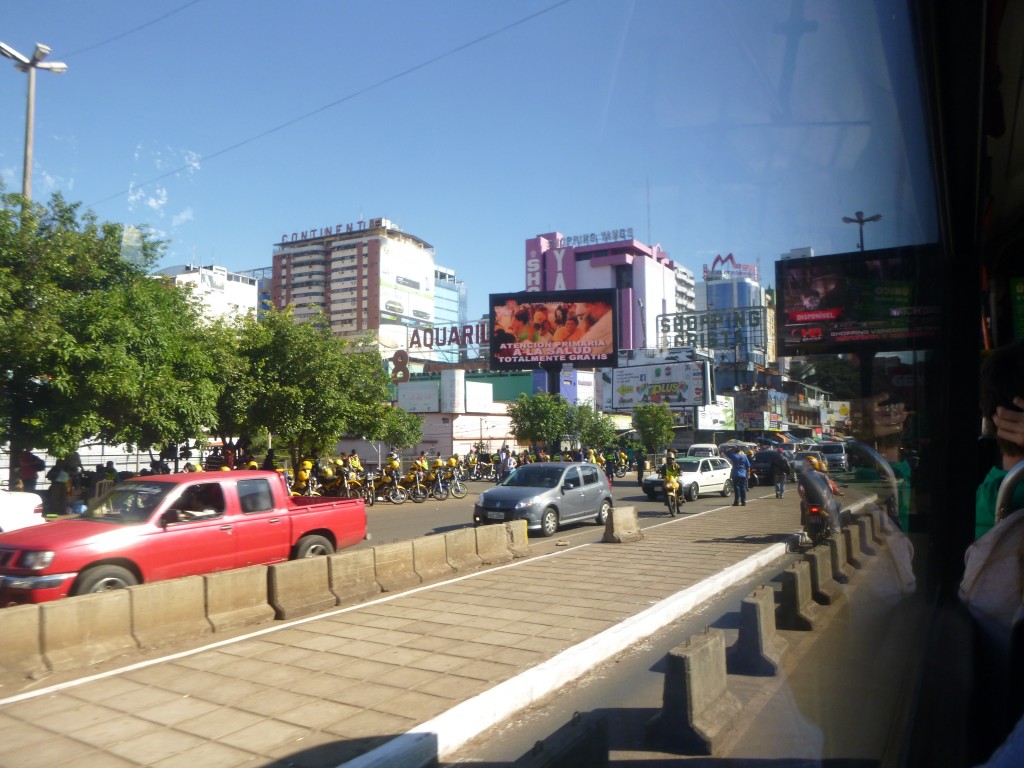 We spent a while looking around some of the market stalls, the whole time being pursued by a number of Paraguayan men who were trying to sell us ankle high ‘genuine Nike’ socks. I found the market sellers to be pushier and more annoying at this market than most of those I had come across in Asia (which is saying something!). 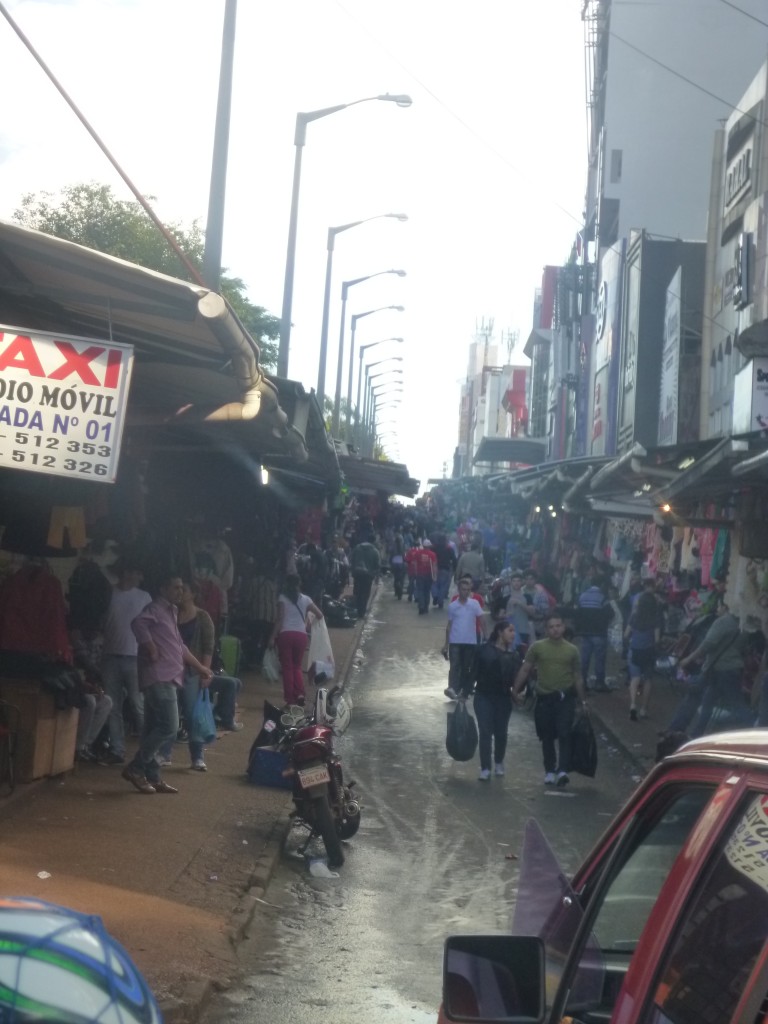 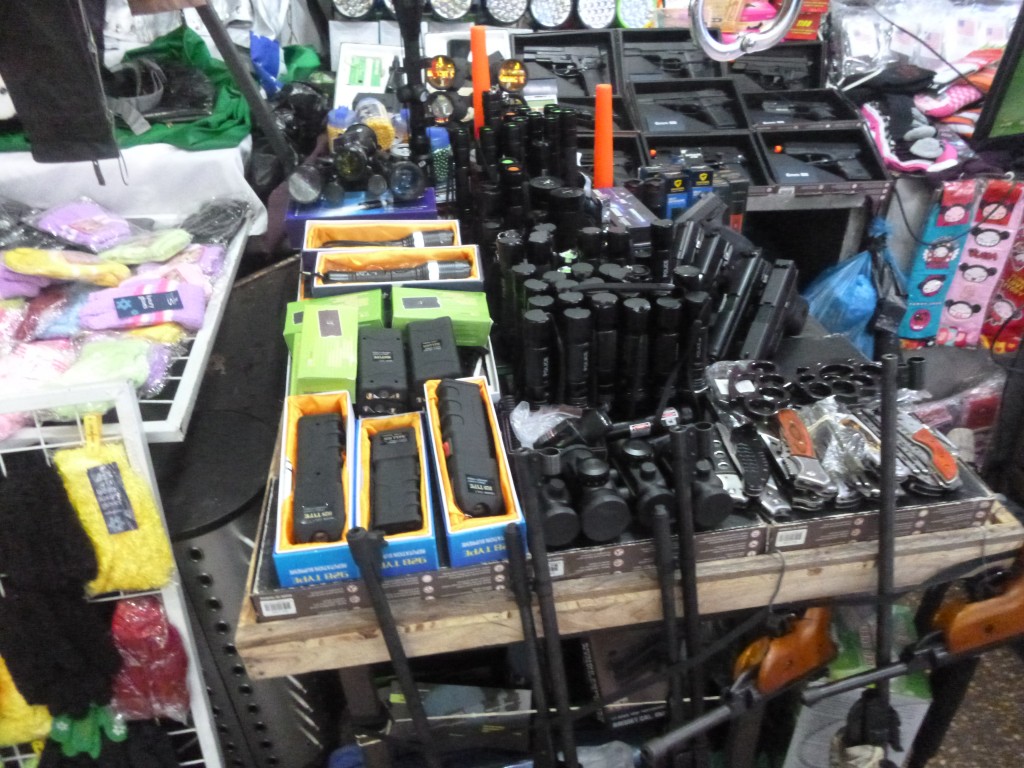 Tasers and Air rifles for sale in the market

Once we had seen enough of the markets, we visited a very large shopping centre nearby called Mona Lisa, which is the most famous shopping centre in Ciudad Del Este. I had seen this advertised on many billboards in Iguassu as ‘the place to shop.’ It was clearly a place for the wealthy, which was quite a contrast to the fake markets just outside. 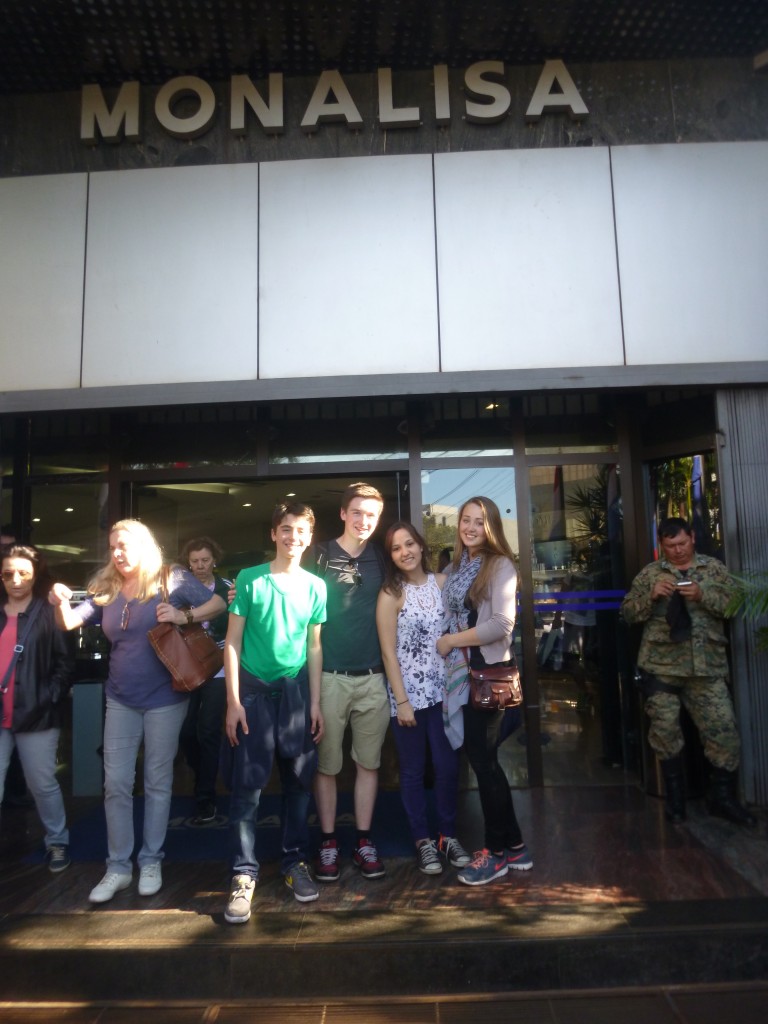 Outside Mona Lisa shopping centre with a great group from my hostel – Pedro, Luiza and Milena

We headed back to Iguassu after leaving the Mona Lisa shopping centre. I feel like I got a good insight into the country of Paraguay although I was only there for a short period of time, I would like to see more  in the future. 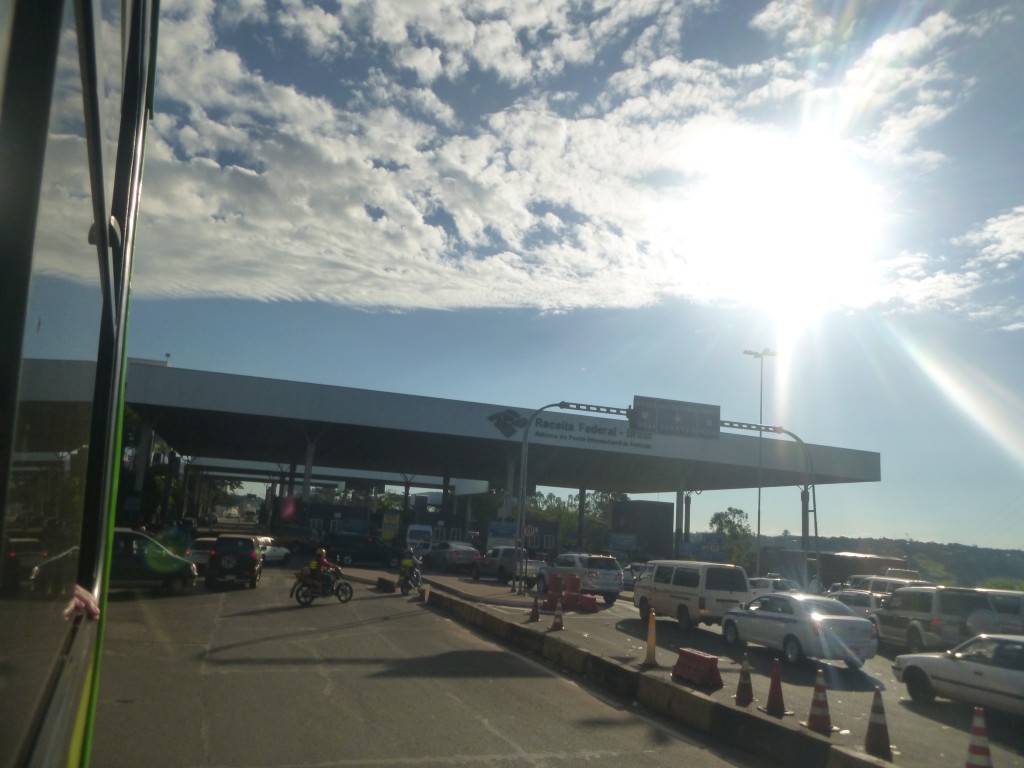 Leaving Paraguay, large bags on the bus were checked this time when crossing the border but still no passport checks!