The Sugarloaf Mountain is peak in Rio De Janeiro that sticks out into the Atlantic Ocean and rises 396m. Its name is in reference to its shape which resembles the traditional shape of concentrated refined loaf sugar. It’s one of the iconic landmarks of Rio and has featured on films such as the James Bond film ‘Moonraker’ where there’s a fight between Jaws and 007 on the cable cars. 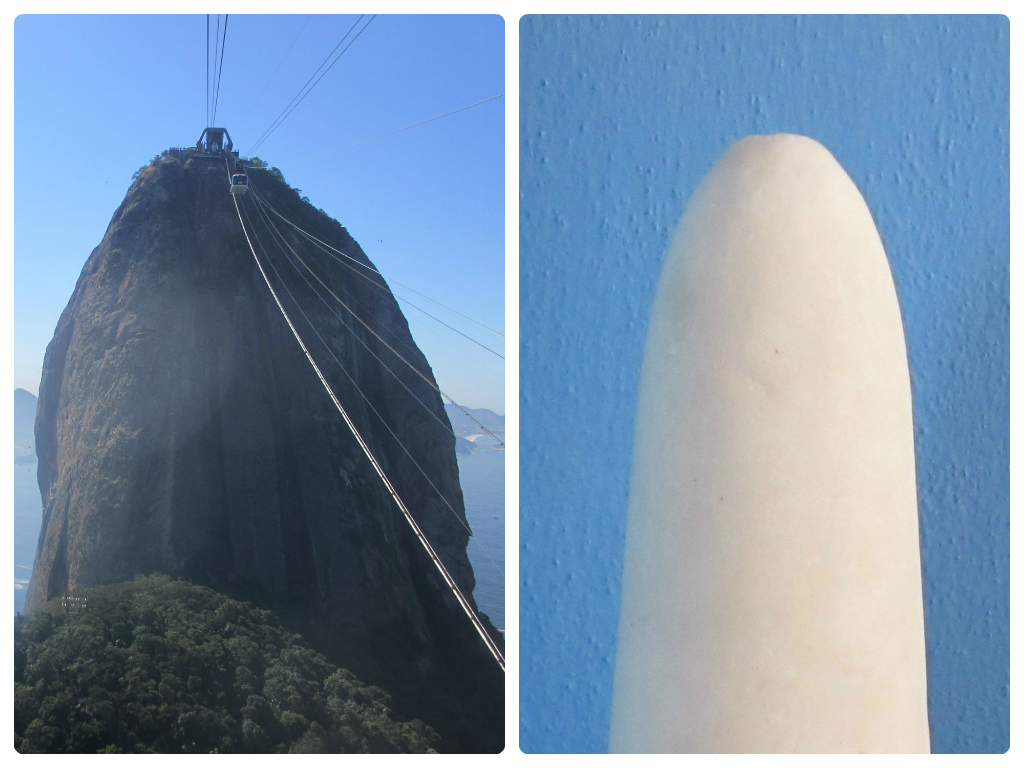 To reach the base of the mountain, the common transport methods are either to take the bus, metro or taxi. Bus numbers 511, 512 and 107 can be caught depending on where you depart from, more information can be found on the buses page. The metro can be used to reach Sugarloaf Mountain although you will need to take the express integration bus from Botafogo station. Taxis can be caught from anywhere, they’ll understand if you say Pão de Açucar. Even if your Portuguese is non-existent. For the more adventurous there is also an option to climb up the side of the Mountain to reach the summit! 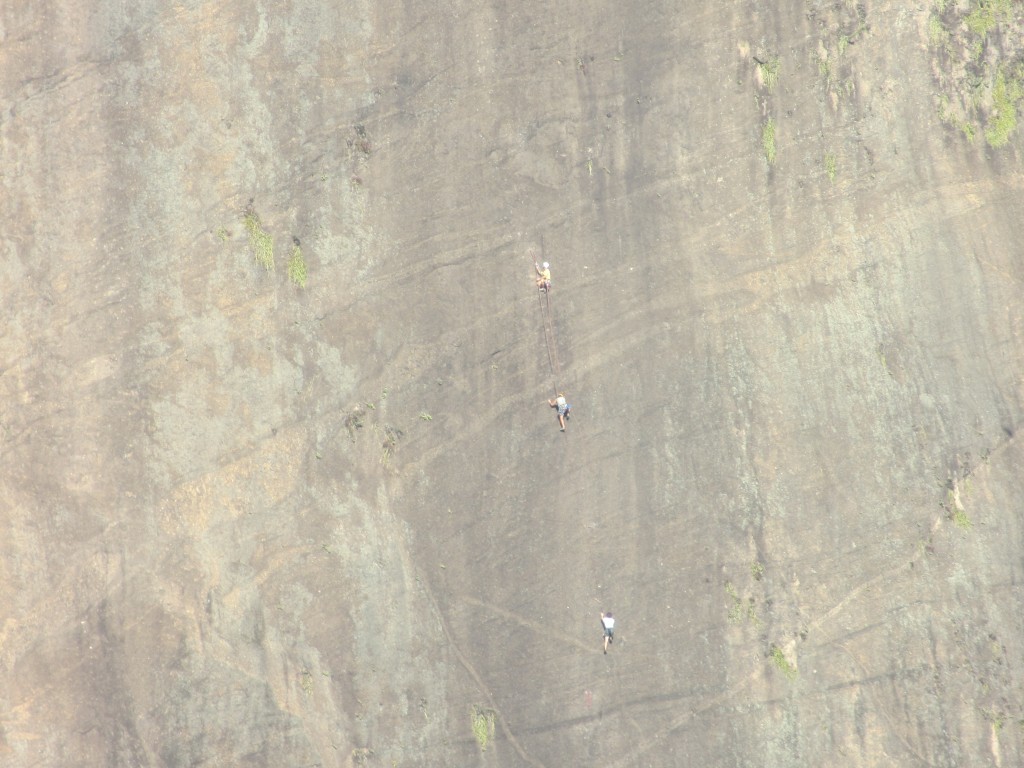 Climbers up the side of Sugarloaf Mountain

The first time I tried going to Sugarloaf Mountain, I arrived at about 2pm with the plan to watch the sunset from the top, for which I had heard many good things about. However when I arrived the queue was enormous, there was an expected waiting time of over 3 hours which meant I wouldn’t reach the summit before it was dark. I therefore wasn’t able to go that day and instead went to the FIFA merchandise store on Copacabana beach with a Mexican couple I had met on the bus. 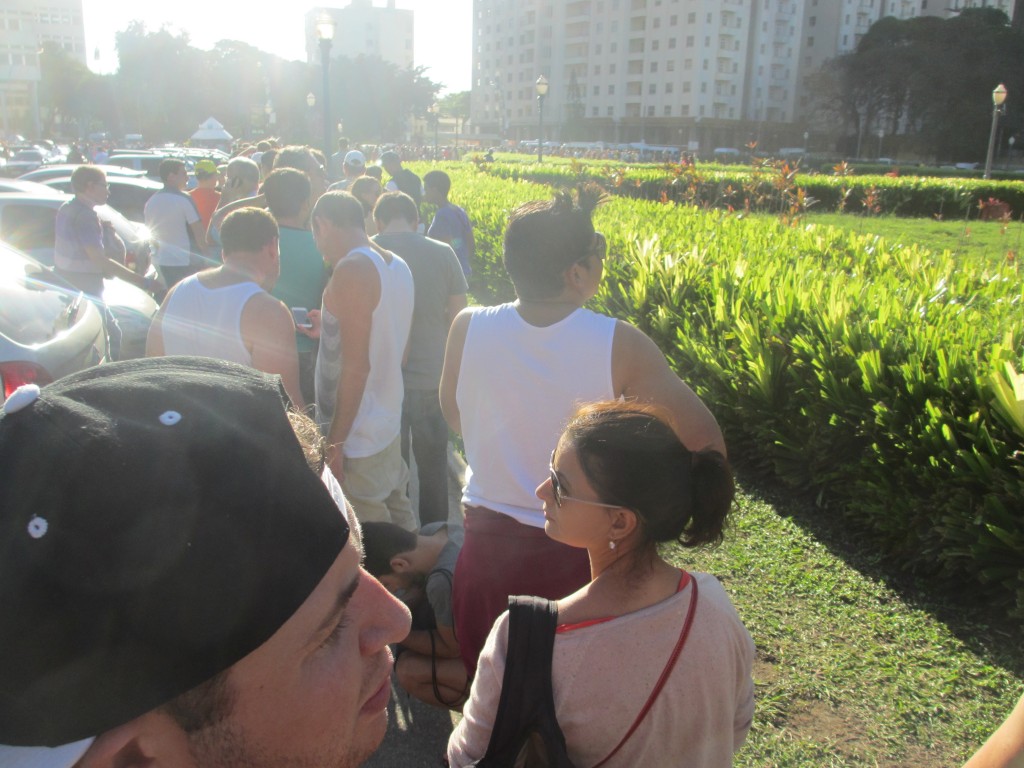 I returned again a few days later but this time I went early in the morning, the cable car to the top opened at 8:10 and I arrived just after. There were no queues at all and I could walk straight through and get the cable cars up to the top in no time. Tickets for the cable cars were 62 Real (£16 GBP) for adults and half price for students. Advance tickets can be bought online from this site, this a very good idea if you’re planning to go at a busier time and is something that would’ve helped me a lot on my first trip. 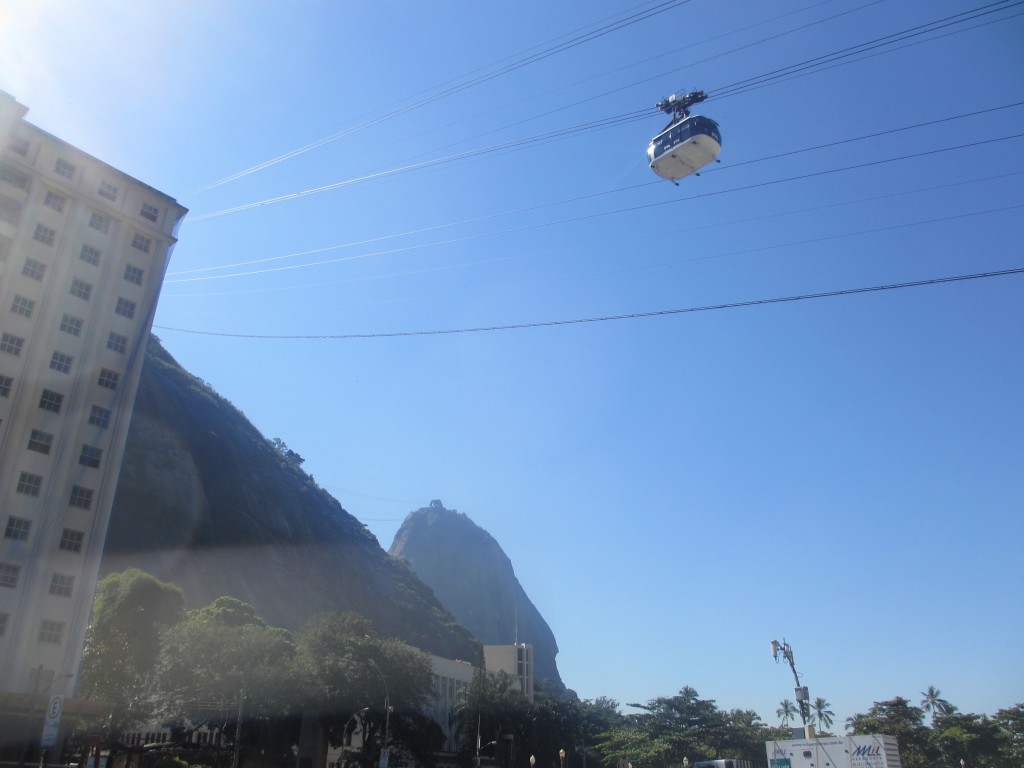 Cable car up to Sugarloaf Mountain 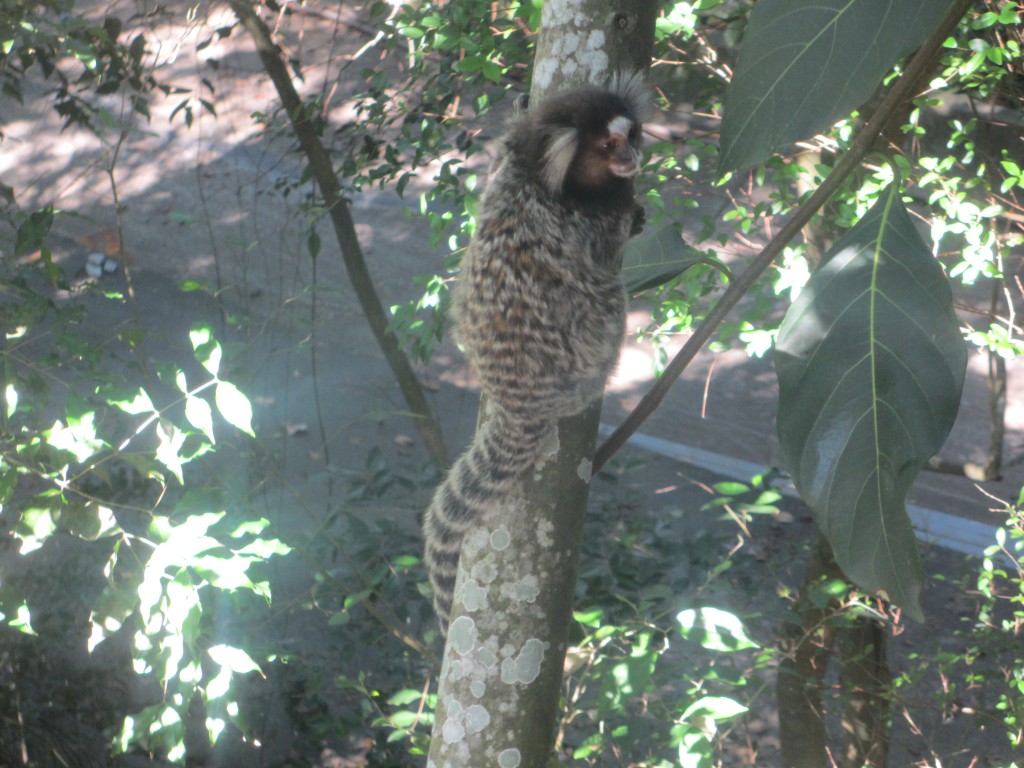 The views from the top were incredible, I would even go as far to say they were better than those from the top of Christ the Redeemer. I spent a while admiring all the views and then walked along a few of the paths that circle the mountain top which gave other interesting views. 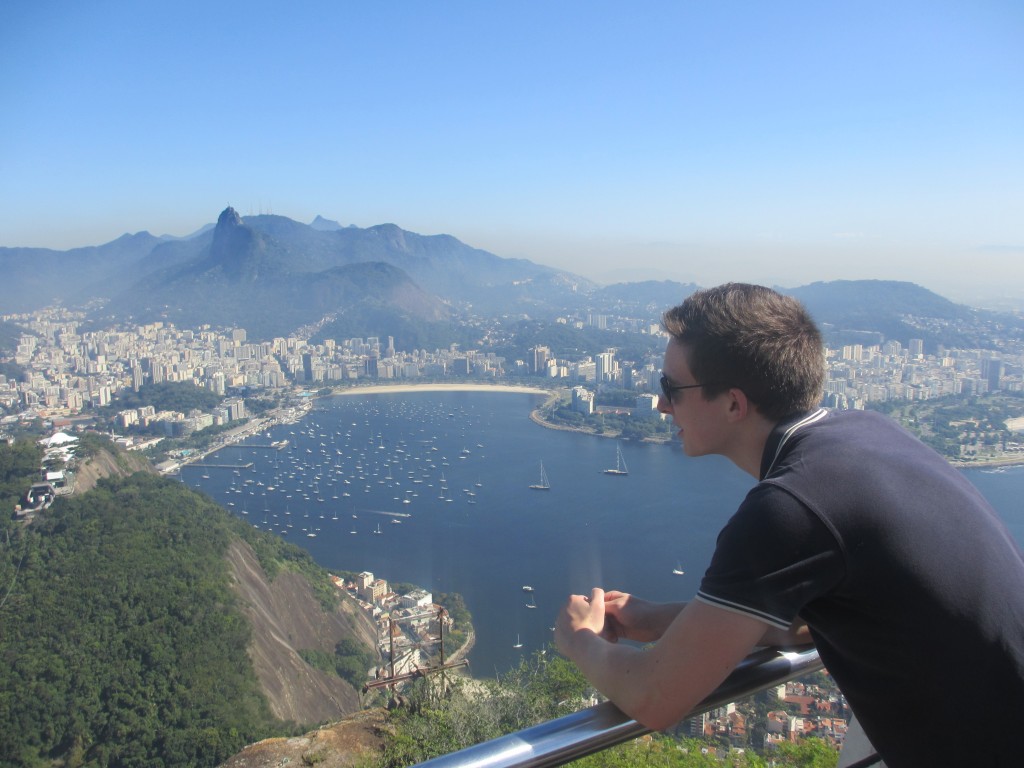 Great views from the top of Sugarloaf Mountain

The journey back down didn’t take long at all as there were once again no queues for the cable cars which was good as I needed to get back in time for a favela tour that I had booked. A short video pan from Urca Hill can be seen below.