A tour round a favela was something I really wanted to do in Rio after seeing a BBC series just before I left on my travels which covered a few of the Rio favelas and was called ‘Welcome to Rio’. I had talked to some fellow travellers who had caught a bus and gone to a Favela on their own accord but this was a very dangerous option and not something I fancied.

Rocky the fridge man from ‘Welcome to Rio’ on BBC 1

I therefore booked an organised tour from my hostel which cost 90 Brazilian Real which equates to just over £20 British pounds; this seemed to be the standard price for favela tours. The hostel I was staying at was called Harmonia Hostel and based right by Ipanema beach. I really enjoyed my stay at this hostel, all the staff were very friendly, helpful and had even learnt everyone’s name that was staying at the hostel! This homely environment is a big advantage of a smaller hostel, I would recommend a stay if you’re going to Rio. 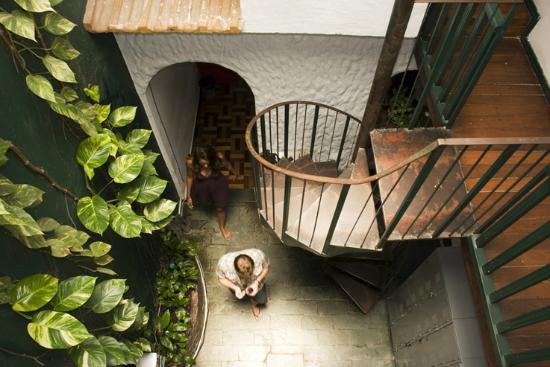 A photo from the inside Harmonia Hostel

I was picked up from the hostel by a mini bus which was full of people from various hostels in Rio. The minibus drove us to a favela called Rocinha, this is the largest favela in South America and comprises of over 70,000 people! 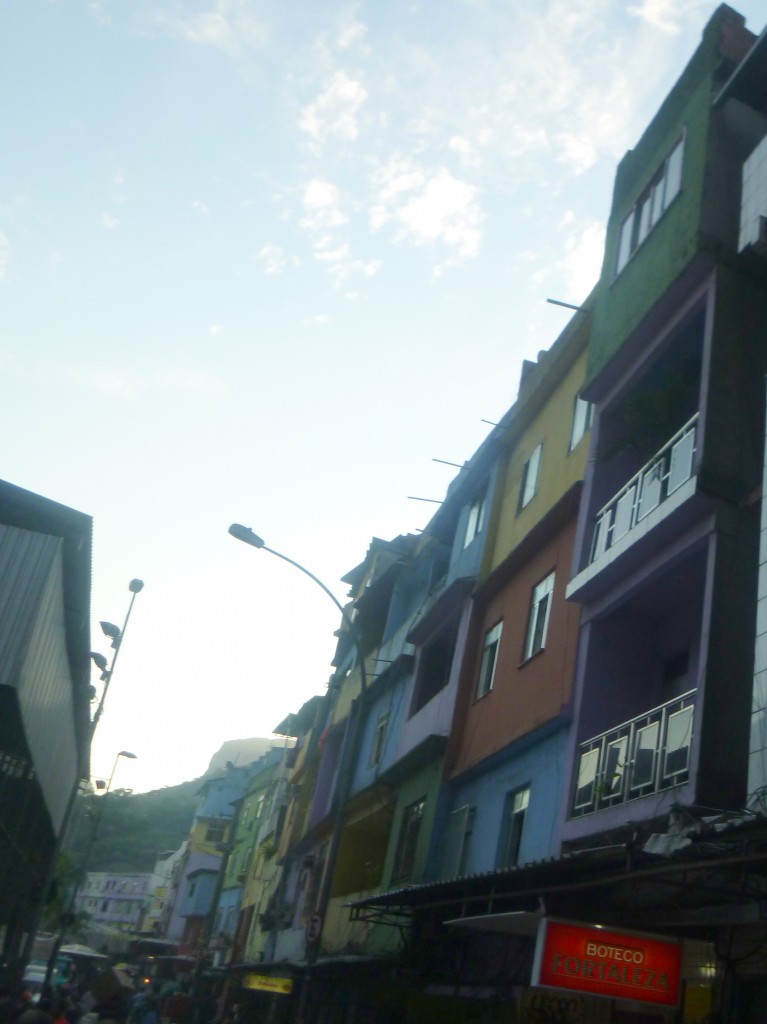 A colourful array of houses at the entrance to the favela

We were dropped off at the top of the favela which gave an amazing view of the favela from above; down the valley just past the favela you could see lots of skyscrapers and then further beyond that the sea. It’s amazing how the very poor and very rich can be living so close together. We then proceeded to walk down through the favela, sticking close to our guide who seemed to know everyone he passed. The favela was safe for an organised tour such as the one I was on however Rocinha was only partially pacified which means only part of it was under government control and it was dangerous if you wandered into the wrong parts. We were also told not to take any photos of peoples faces as there were lots of drug lords around who didn’t want their faces on the internet. I noticed our tour guide had a scar on his neck which looked a lot like it had originated from a knife wound. 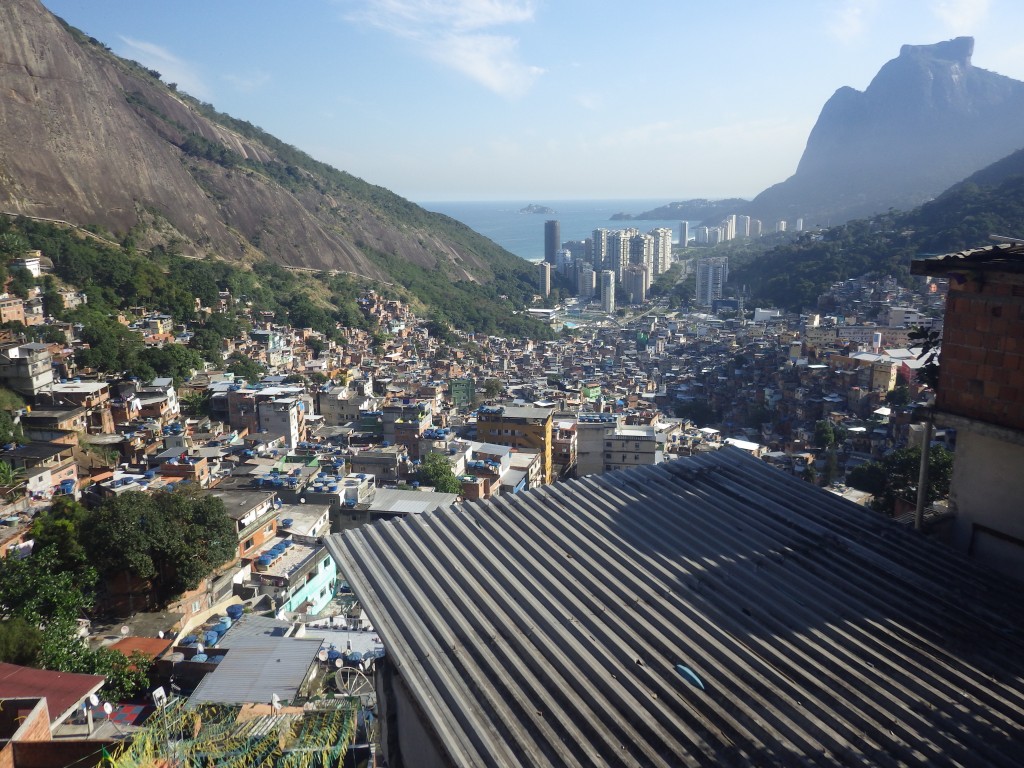 View from the top of the favela

On our walk down through the favela we stopped at a school, bakery, art shop, watched a band play and visited some stalls where they sold jewellery such as bracelets which had been woven out of electric cables. Not only was this all very interesting for us but it meant we acted as a source of income to people who must have had a much poorer way of living before tourists started visiting. Part way through the tour we could see the beginnings of what was going to be a cable car which will run right to the top of the favela, this would be useful for locals but its main function will be to transport the ever increasing number of favela tourists up to the top. 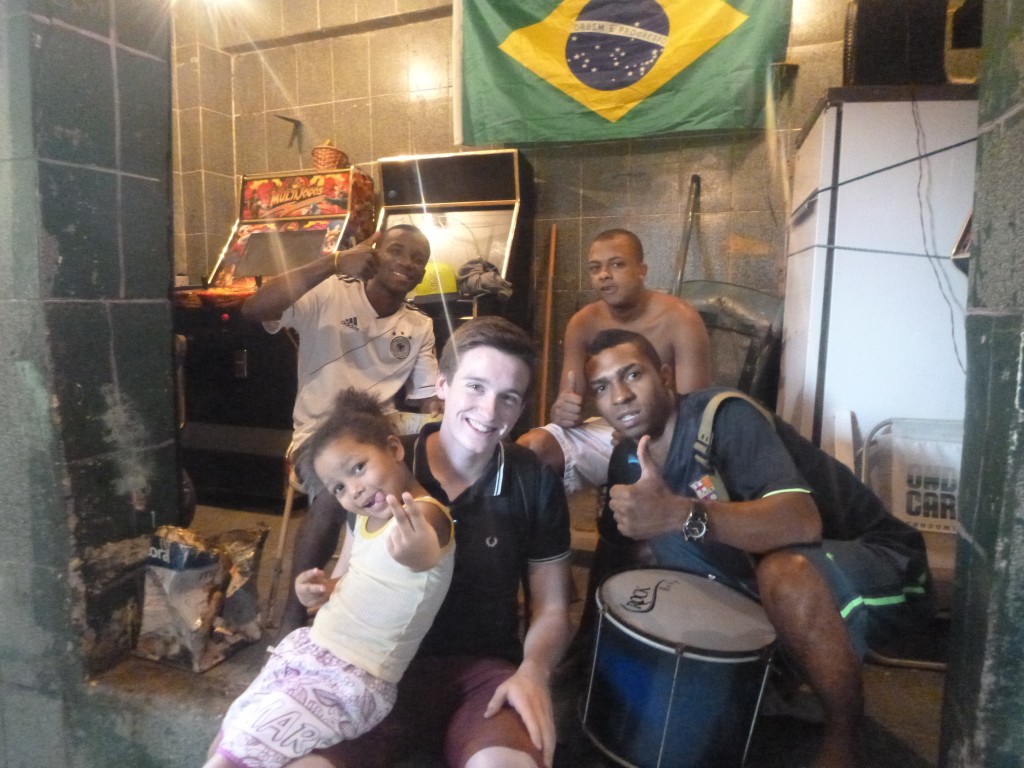 Our guide told us how houses in the favela are stacked on top of each other up the valley with poor foundations and that this has led to landslides of houses! As we were walking down the alleys there were stairs crossing above which looked like they could easily split in half if someone stood on them and bundles of electric cabling running just above which had been the work of amateur electricians. 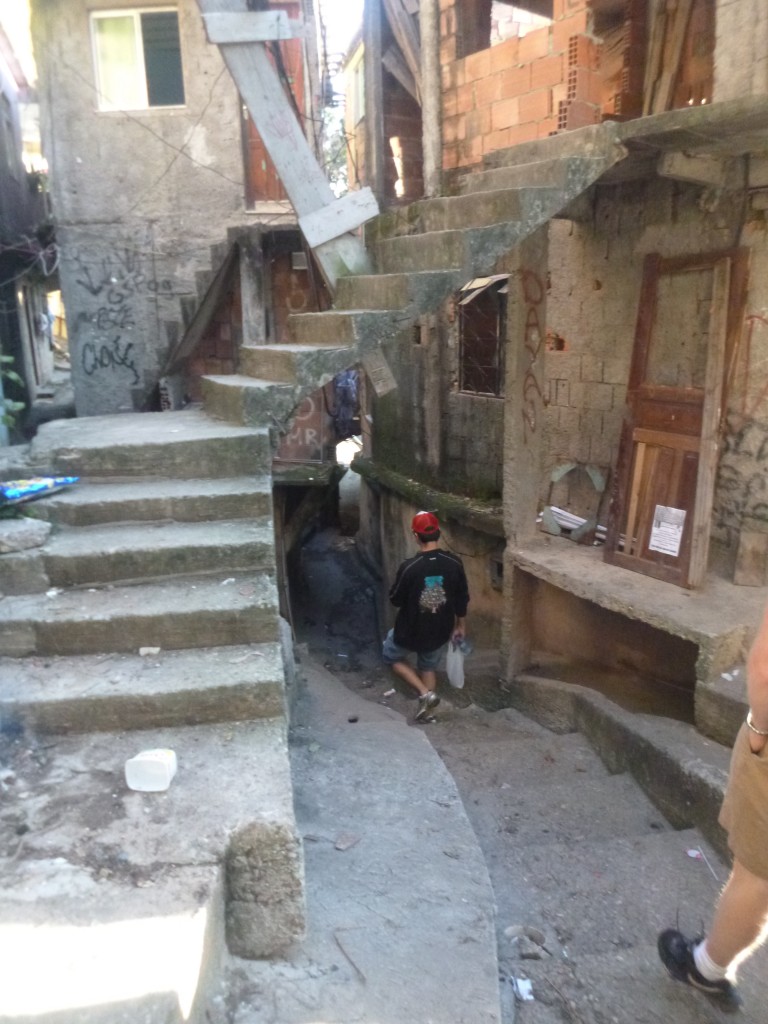 Precarious looking steps crossing a path in the favela

As we got towards the bottom of the favela we climbed up to a balcony which gave a remarkable view of all the favelas. The whole valley was full of multi coloured houses, I found out from our guide that what I thought was litter blowing in the wind was actually kites. These were the kind of kites with powdered glass on the line for kite fighting which is very popular in the favela. A video can be seen below of a pan from the balcony.

I didn’t notice much of a police presence in the favela but there were two policemen at the entrance with very large guns and I’m guessing they had many other officers nearby in case any violence broke out. 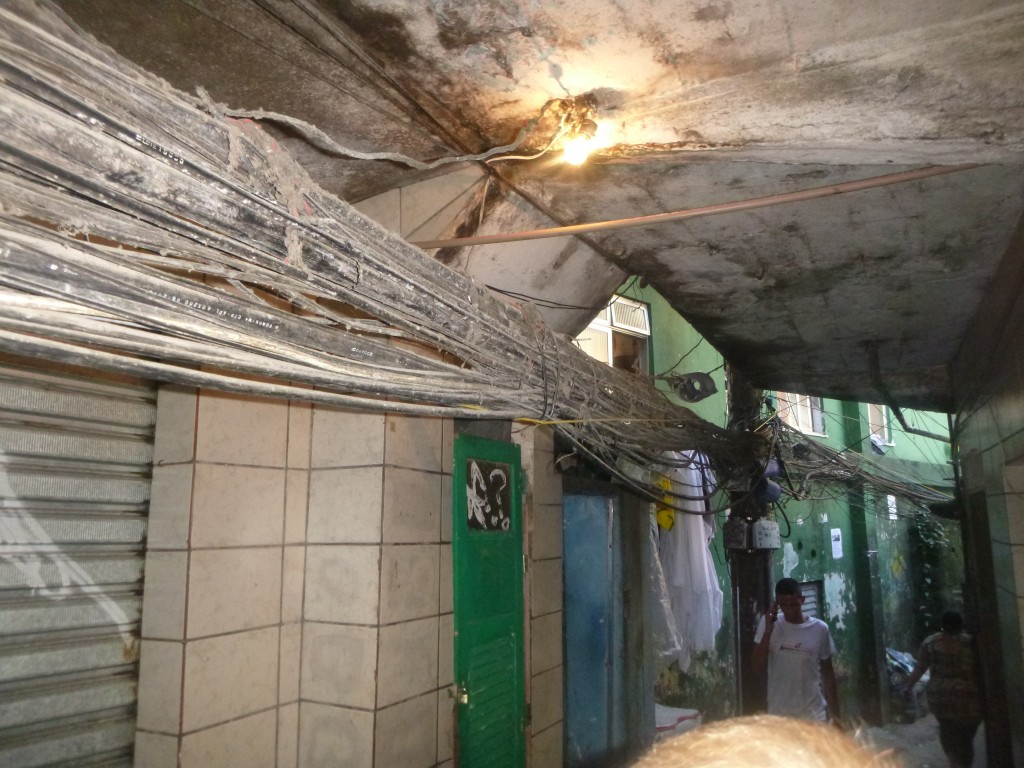 Many DIY cable bundles in the favela

After leaving the favela we swiftly headed to a place called Arpoador rocks which is a rock outcrop between Ipanema and Cobacabana beaches. This is one of the best places in Rio to watch the sunset. 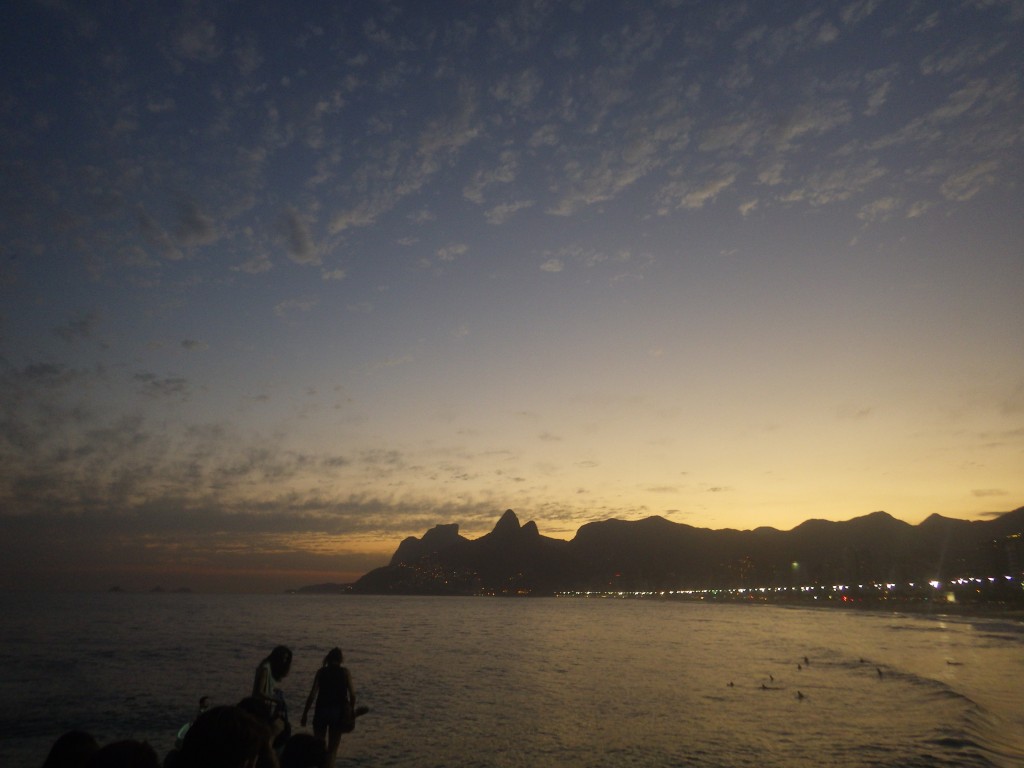